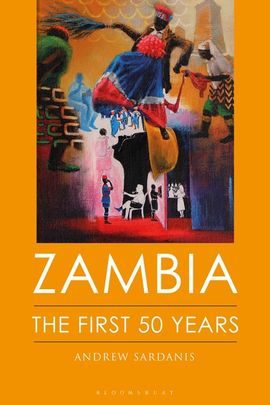 On 24 October 1964, the Republic of Zambia was formed, replacing the territory which had formerly been known as Northern Rhodesia. Fifty years on, Andrew Sardanis provides a sympathetic but critical insider's account of Zambia, from independence to the present. He paints a stark picture of Northern Rhodesia at decolonisation and the problems of the incoming government, presented with an immense uphill task of rebuilding the infrastructure of government and administration - civil service, law, local government and economic development. As a friend and colleague of many of the most prominent names in post-independence Zambia - from the presidencies of founding leader Kenneth Kaunda to the incumbent Michael Sata - Sardanis uses his unique eyewitness experience to provide an inside view of a country in transition.