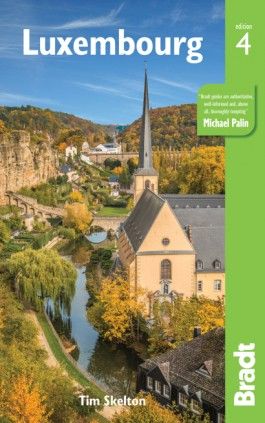 This new, fully updated fourth edition of Bradt's Luxembourg remains the only comprehensive English-language guide to focus exclusively on this small but fascinating European country. Included are detailed reviews of the best places to stay and eat in all price categories, from luxury to budget; information about every museum and significant place of interest in the country; in-depth guides to local food, drink, language and culture; and guides to the best cycling and hiking trails, many of the latter having been personally tested and explored by the author.
New for this edition are details of all the latest developments, including infrastructure improvements in Luxembourg City, the development of the spectacular glass-walled Pfaffenthal lift and the area of Pfaffenthal itself, new tram services and the new inclined railway linking Pfaffenthal with Kirchberg. Also covered are the new visitor centre at Haff Réimich nature reserve, as well as details of the most popular sites such as Vianden, Bock and Pétrusse casemates and Luxembourg City's MUDAM (Museum of Modern Art). Military history is also included, notably the sights of the Battle of the Ardennes and Hamm American Military Cemetery, burial place of General Patton.
This diminutive European state punches above its weight and is celebrated for everything from its early pioneering of commercial broadcasting with Radio Luxembourg to the fact that it has won the Eurovision song contest five times and no fewer than four Luxembourg riders have won the Tour de France. A foodie paradise, the country offers its own unique cuisine - a fusion of French and German influences - and 'possibly' the densest collection of Michelin-starred restaurants in the world (12 restaurants with 13 stars). Short distances and easy travelling (public transport or driving) mean a lot can be covered on a relatively quick visit, from a proliferation of medieval castles to plentiful opportunities for outdoors enthusiasts: hiking and cycling abound in the Ardennes and Little Switzerland, including long-distance international walking trails linking with the Belgian Ardennes and German Eifel.