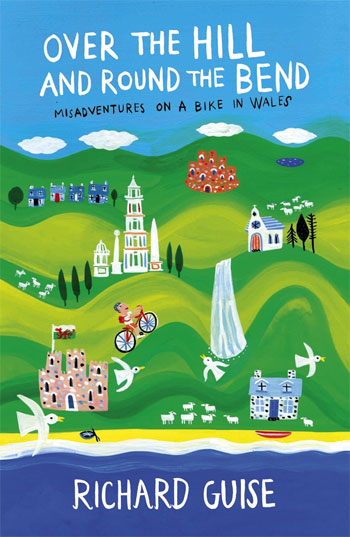 Id always felt that the real Wales was lying there waiting to be discovered, just off the main road, behind the tea rooms, down the track, up over the hill.

Wanting to explore Wales by bicycle, Richard Guise laid out his map on the kitchen table, identified its four compass points and, using string and jam jars, connected them in a way that he hoped would take him on a satisfyingly serendipitous tour.

Astride Tetley, his trusty steed, he sets off on a 567-mile, 20-day trek that leads him through the Cambrian mountains, to picturesque Victorian towns and alongside the broad curve of Cardigan Bay, discovering seemingly secret cycling routes as he dips into valleys and down quiet lanes. With wry wit and enthusiasm he tells of his grapples with the weather and unwieldy place names, and weaves surprising nuggets of local history and lore into this tale of an intrepid English cyclist in Wales.